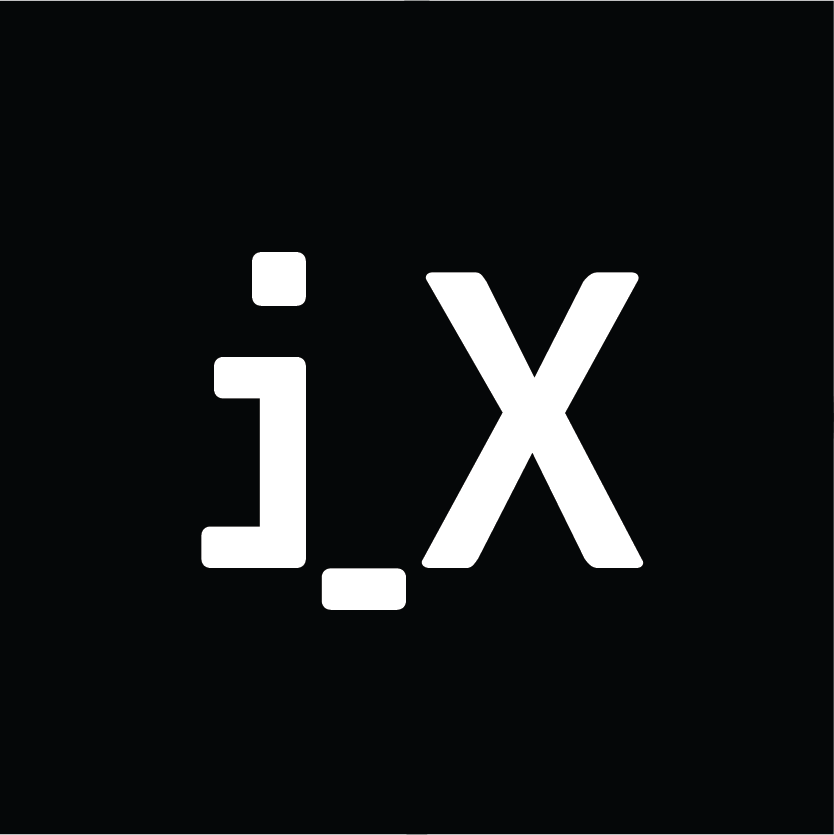 You might catch him on campus, chatting with prospective students as he shows off pics of Cape Town or explains how iX’s style of education can help them take a huge first step toward the career of their dreams. Perhaps you’ve even seen him skateboarding to a meeting with a professor or club. And if you’ve been on the iX program, he needs no introduction—you’ve probably got a few emails from him in your inbox right now.

But what you might not know is that Tyler is actually a college dropout. It seems strange, we know. Why appoint a man who has yet, or ever, to complete his degree to a position where he not only advises students but ultimately makes the call on who attends our rigorous programs?

We expect the trajectory of life to go a little something like this: up and up some more, with perhaps some mild turbulence before it goes up again. But really, it goes a little more along the lines of: that was unexpected, how do I deal with this, wow, epic, ah crap...and repeat.

Tyler learned this first-hand after a series of curveballs—including a broken finger, a pair of borked shins and a stint in road construction—threw him off his chosen career path as professional sportsman.

“Right through junior and high school I always focused on sports. It was my number one and I’d always wanted to be professional. I was the type of student who really struggled with theory based work, and so I used every opportunity to get away from the books - only excelling when I found teachers who took genuine interest in making their subject come alive.”

Tyler’s performance at a national level won him a scholarship at a prestigious university in South Africa where he continued to dedicate his life to the field. With little knowledge of what to study, he was advised to take up Sports Science.

But along with the sports content, his curriculum entailed a slew of subjects he found little to no meaning in. As the passion faded ever more dimly, he sought advice and subsequently made the change to marketing.

“I’ve always been very good with people and wanted to work in fostering team dynamics.”

However, fate (helped along by a couple of rogue hockey balls) dealt Tyler an unexpected blow. With a broken finger and compartment syndrome in both shins, his future in professional hockey evaporated. And when his financial aid was subsequently revoked, his life turned upside down.

“I’d had scholarships to study my whole life, and not having come from a wealthy background, I had to look for a full-time job in order to make money to live. It was a hard reality to face.”

A couple of months later and Tyler was ready to head to the oil rigs in Angola. But when a chance encounter with a friend in road construction presented an opportunity to stay in South Africa, he grabbed it with both hands, promising to learn all he could to make it work.

“I knew nothing about road construction, but I’m always willing to learn. That’s when I realised that I’m the type of person who enjoys the practical application of knowledge, rather than exam-based theory. Show me how it’s done and why it’s relevant and I’m able to do it.”

Tyler meets iX: A ‘Where have you been all my life’ story

The world threw Tyler a bone when, after a year into the high-visibility vest life, he met Aaron, iX CEO. A chat around the barbeque (or braai, as South Africans call it) where they first bonded confirmed what he knew from experience to be true.

“It just makes so much sense to offer something that bridges the gap between what students study in university versus the cutting-edge skills you actually need to succeed in tech and finance industries.”

After carefully studying the best internship programs in the world, Tyler applied to become an iX Internship Manager.

“It was something I knew would’ve been profoundly meaningful to my own experience, which made me eager to get involved.”

Three years on, and he’s grown exponentially along with iX - his journey informing the measured and personal advice he’s able to offer our students in his developed role as Head of Admissions and Community.

On finding his ‘why’ and some life lessons

“My ‘why’, or inspiration, was and continues to be the driving force behind my actions. I feel like I failed at university. I didn’t connect with the content and instead of pushing through and giving it my best, I wrote it off. So now I tell my students about how valuable an education is - both the kind that happens at university and the skills learned from our program.

Passing on knowledge is not something I’d ever had the opportunity to do, not having a formal degree. It made me feel like I didn't have much to give. But after the first program, I realised how much I was able to positively impact students lives, despite not having the traditional credentials on paper.

I’m inspired by people’s stories and firmly believe that every single person, whether or not they grew up together, come from the same school/university – is different, and has a unique story to tell. So whether I get to know them on a personal level through the internship or even during the admissions process, it’s hugely rewarding for me personally. They add so much value to my life, and I feel like I add value to theirs.”

Don’t have it all figured out? It’s OK

“We see so many students who think that they need to arrive in their first year of university with an exact idea of what they want to do with their lives. What iX does is provide that space to figure it out, and what I do is try to get our students to understand that it’s totally fine to not know exactly what or who you want to be quite yet.”

On internships and the value of smaller companies

“The competitive nature of university and the job market also means that students put themselves under immense pressure to land internships at places like Google or Facebook, believing that should they not get the dream job, their life would be over. But there are so many benefits to working in smaller companies too. The internships we offer students here open their eyes to other possibilities and gives them a sense of their own potential.”

“As my role has evolved, what really excites me is the ability to expose and guide students through a working experience in the ‘real world.’ I love it when we get feedback from alumni who have gone onto land amazing jobs because of the work we did with them here. It’s the constant motivation behind what I do.

There aren’t many people who can say that they really believe in the work that their company does, but I’ve seen the immense value our students get out of our program. It really does change lives.”

Meet Tyler and the team in person: iX in the US

Tyler, along with our Head of Education, Rafi, are currently touring the US, where they’re meeting up with prospective students, iX alumni, clubs and profs to chat about our courses, both in Cape Town, and Lisbon. 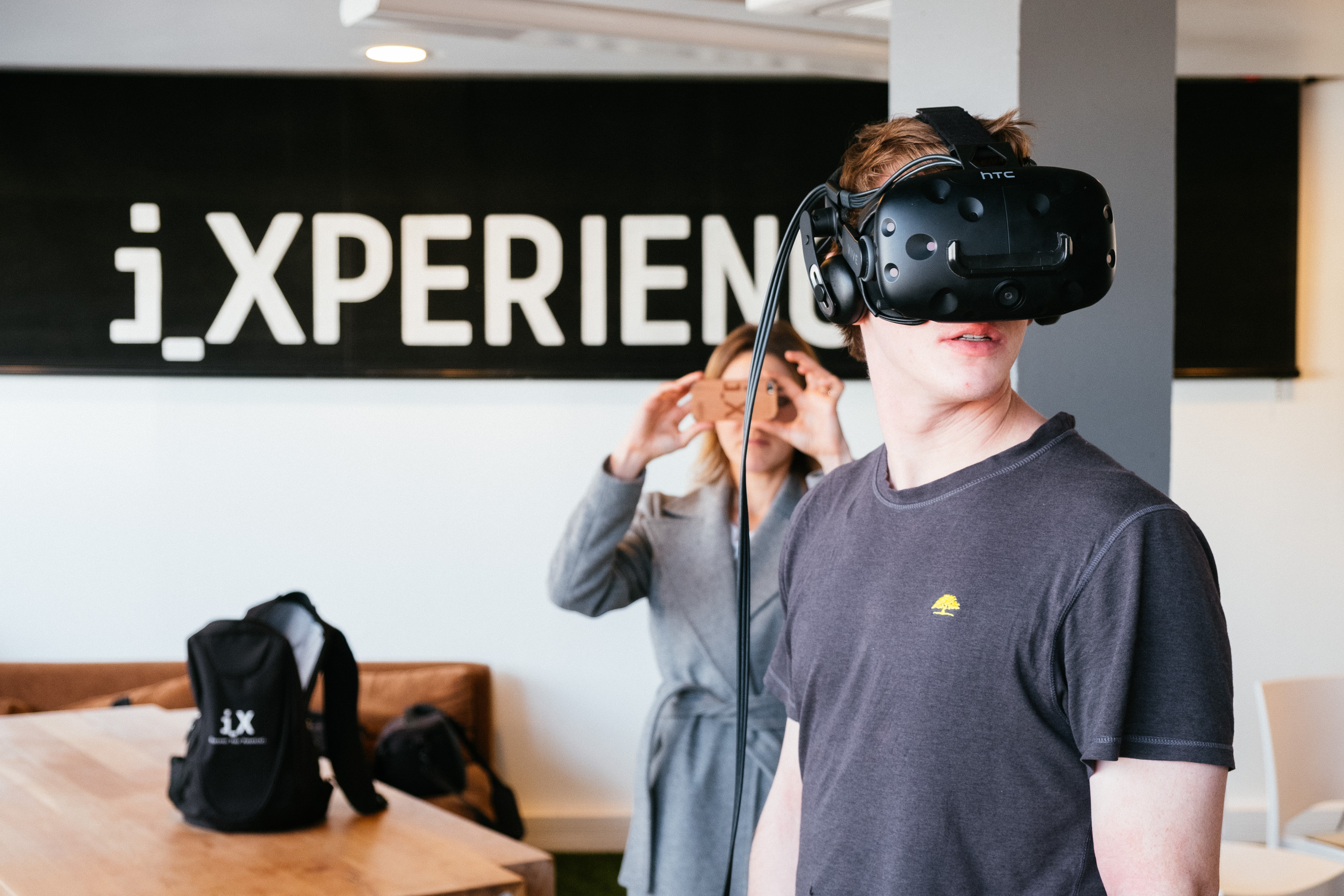 Not Your Usual Education: 4 Ways the iX Education Is Different 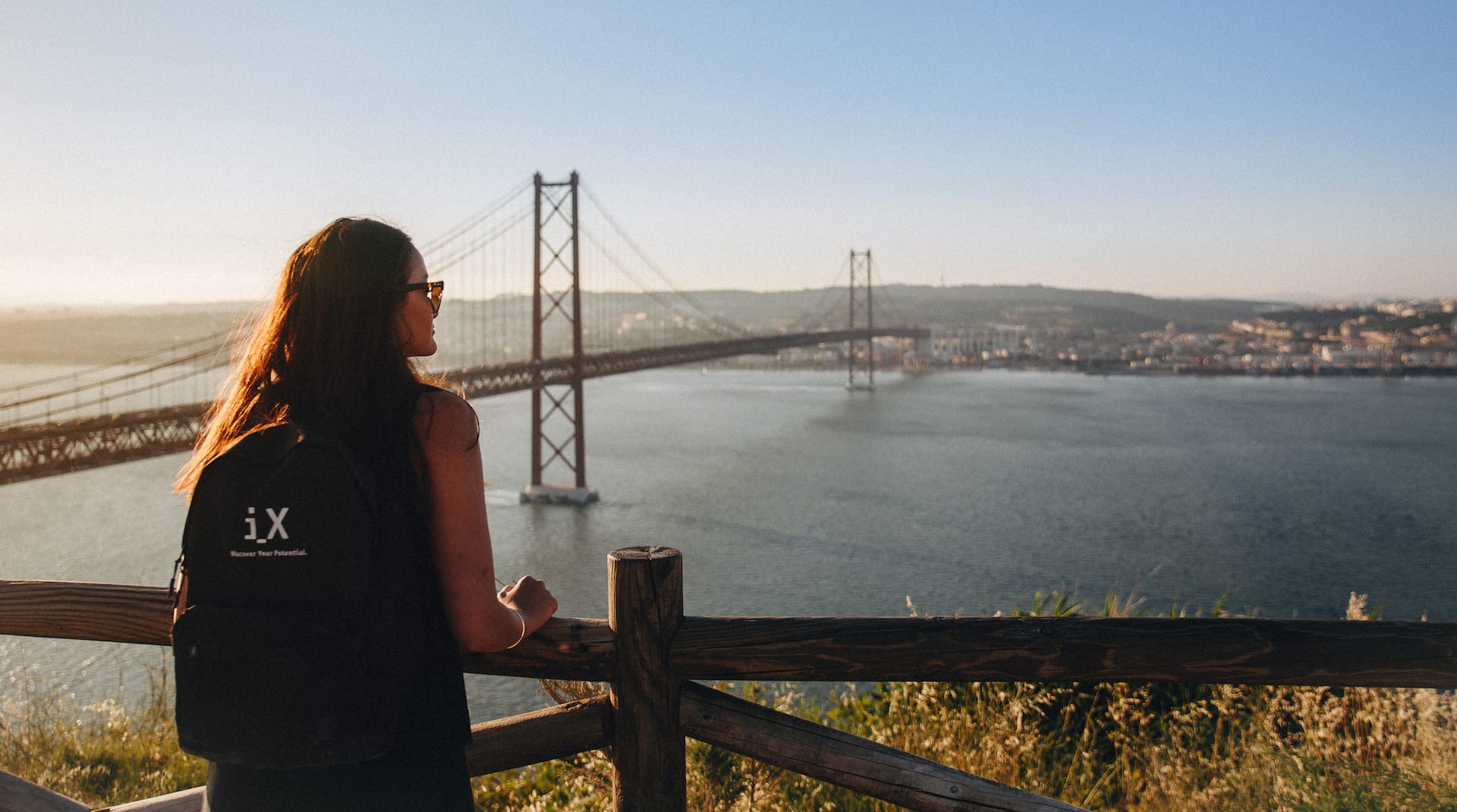 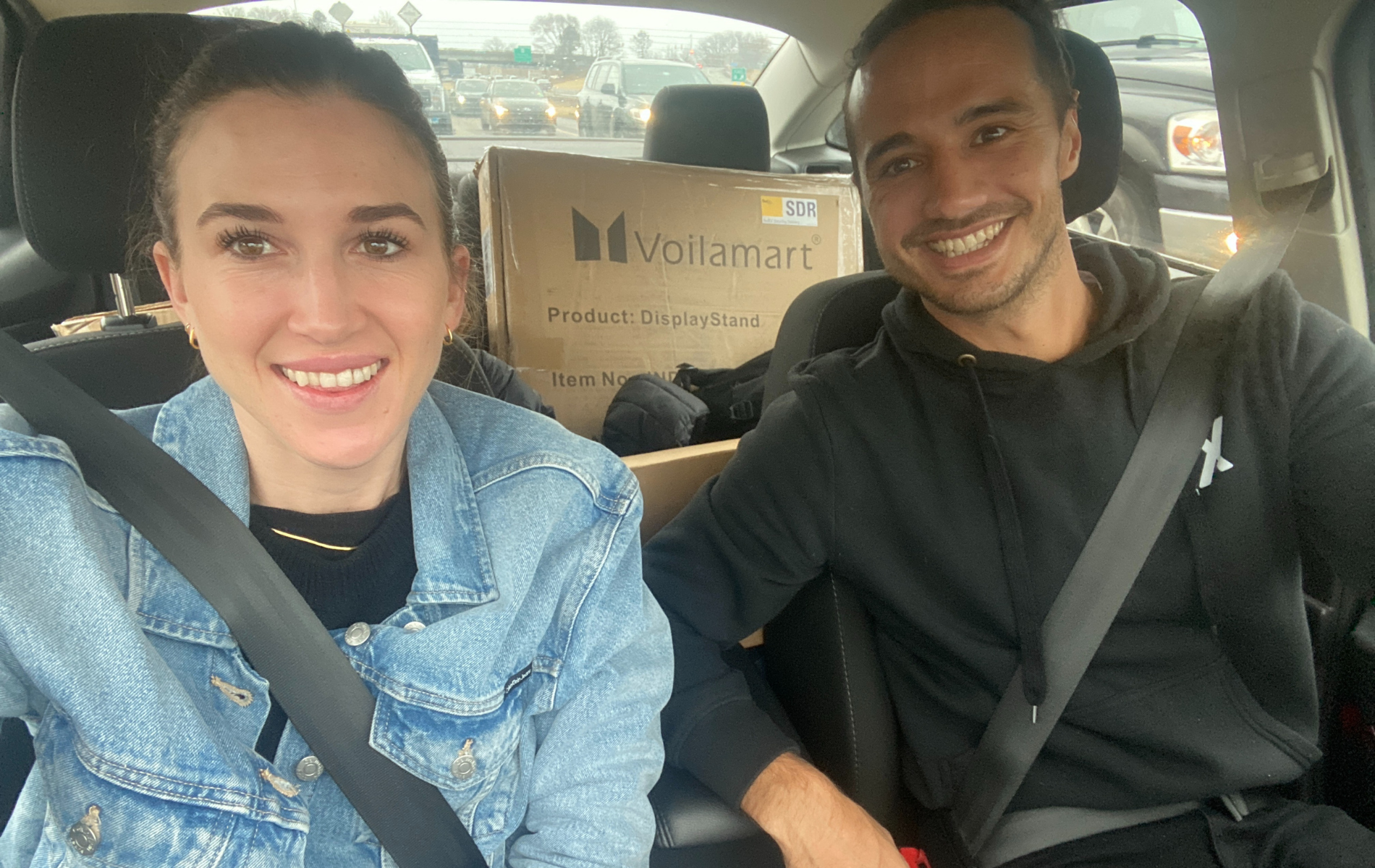 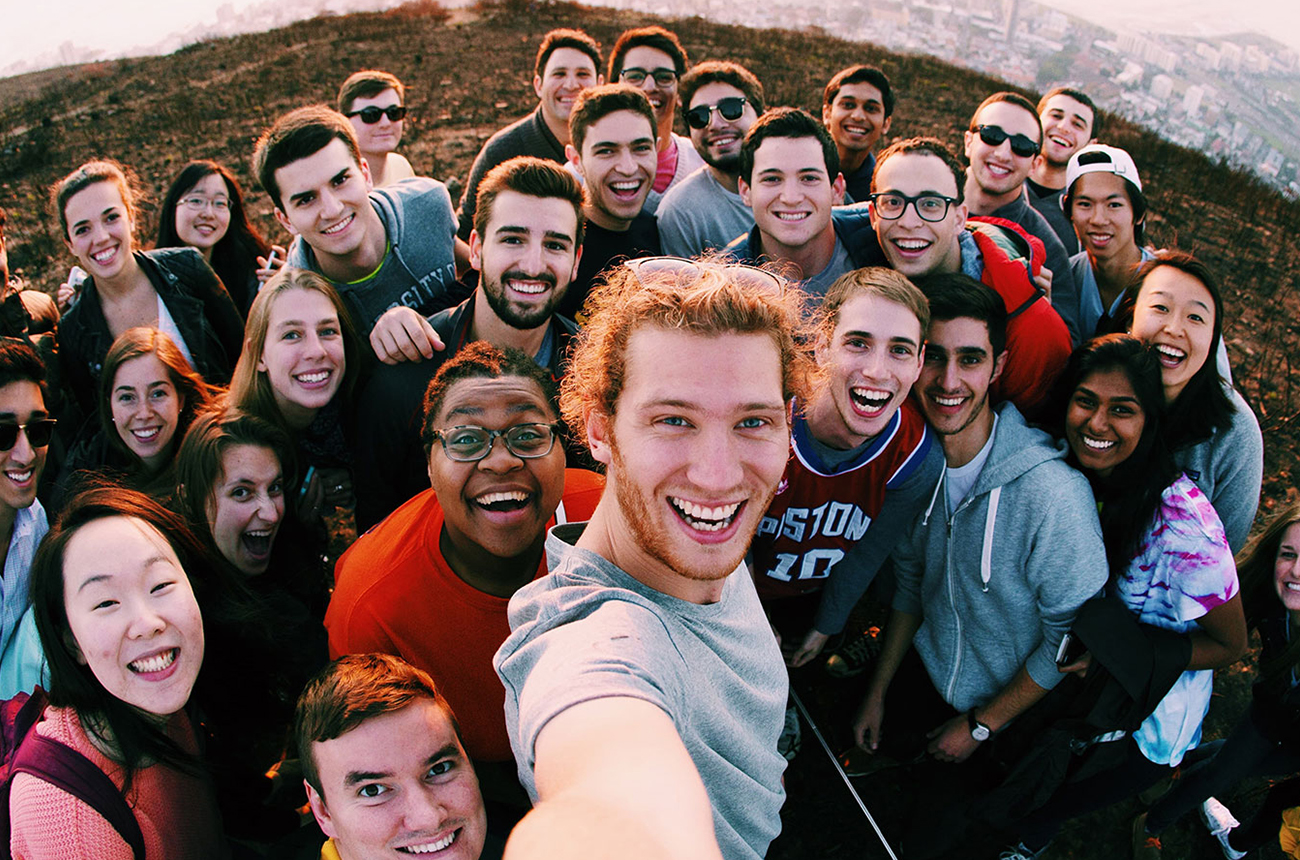 R100 000 Scholarships for a Life-Changing Course