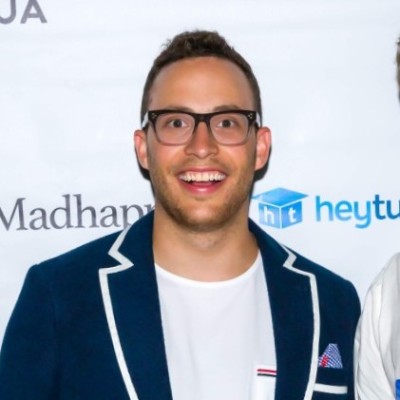 With a CEO approval rating of 96% (the highest rated CEO of 2017) and 91% of employees ready to recommend them to a friend, it's understandable why Google is one of the most sought-after companies to work for in the world. But how do you go about landing the job?

Why did you choose to summer abroad with iXperience?

As an engineering student at Michigan University, I came in already knowing that I wanted to go into robotics, computer science or a branch of engineering.

However, as a sophomore student, it's hard to know how to pick an internship experience. I really didn’t want my internship to consume my whole summer as I was concerned that I’d be bound for 12 -14 weeks to something I wasn’t sure I was going to love or didn’t have the relevant skills to even do.

After learning more about the iXperience 8-week program through friends, it seemed like the perfect way to check the internship box while actually enjoying summer.

What did your class look like? Did you know anyone?

There were about 30 of us in total, split into two different sessions. What was cool was that some of us were already very close, having decided to come together from our fraternities. It’s always nice to know someone to begin with and leverage off that to make more friends. However, there were also people from my Computer Science class back in Michigan in the program whom I had never met before - so it was great for extending my network within my own campus too.

One of the most powerful things about iX was the cohesiveness between our group. We didn’t just talk about code and web dev and disappear to our iX house. We went to class, grouped up, worked together to get our assignments done and then took time to off to explore new areas, have a beer, try out a workout class and soak up the city.

For me, one of the most valuable facts was the balance. I was able to learn so much and produce some tangible products while having an unbelievable time. It truly was a ‘work hard, play hard’ experience.

The project and why it made the difference

In computer science, it’s rare that you get to work on something tangible as assignments are usually quite high level and algorithmic-based. However, in the last week of our iX class we got to build a project of our own choosing. Having lived in a fraternity with 40 guys, our group used our insights and frustrations to build a fraternity management system - something we felt was missing in our lives (email strings really aren't great). While the product didn’t ship, it was amazing to build something tangible that I was able to show to potential employers long after iX.

Building something real also solidified my decision to continue with Computer Science - it was only after the project that I knew with certainty that it was something I really wanted to do. I jumped in and got into the thick of it back home, interning next for Thomson Reuters where I worked on software for financial accounting. It was great to collaborate on a tool that is used by so many people, but in contrast to iX, I felt very distant from the product.

On landing that Google gig and how iX helped

I knew that I ultimately wanted to work at a tech-driven company so applied to Google, Tinder, Snapchat and Twitter. I was fortunate enough to be able to choose between Google and Tinder, no doubt as a result of my acquired experience. iX gave me something concrete to put on my resume, and that was a huge leg up. Most juniors don't have projects to show potential employers.

My time at iX also helped to to formulate an idea of what kind of company culture and vision I wanted to be a part of. So while Tinder did seem appealing, having that knowledge ultimately helped me to decide on Google.

How did you prepare for interviews? What advice would you give to those eager to land positions with the best in industry?

My first piece of advice would be to create meaning from whatever internships you are able to get. Neither of my internships prior to joining Google were at top-notch companies, but I was able to make good use of my time to work on (and own) projects that I could then speak about in detail in interviews.

Secondly, being prepared for any specific job should not be the most important focus because most companies give you time to ramp up and learn the job specifics. What I found most effective for getting offers from top companies was the interview preparation. For the few weeks leading up to my interviews, I spent a couple of hours a day practicing questions on white boards, tackling them as if I were at an in-person interview.

Flexible. Some guys come in a 6 am and leave by 2 pm, others come in at around noon and work late. No one monitors your hours. We also have breakfast lunch and dinner, and while that’s been covered in multiple other publications, it really is incredible - especially for a 20-something year old. We have workout facilities and there are always group activities one can join.

What are you working on now?

We're currently working on a very cool project that entails the Chrome OS. My team is working on three sets of features, most exciting of which is the enterprise feature. I’ve been here for 5 months and it was awesome to jump right into something which will actually be used in the next couple of months.

What would you say to students thinking about iX for the summer?

iX was just the ultimate summer. If you're interested in getting a leg up on your resume and spending time with a group of like-minded people who work hard, are eager to learn and keen for new experiences, apply because it's for you.