What is the value of a summer? 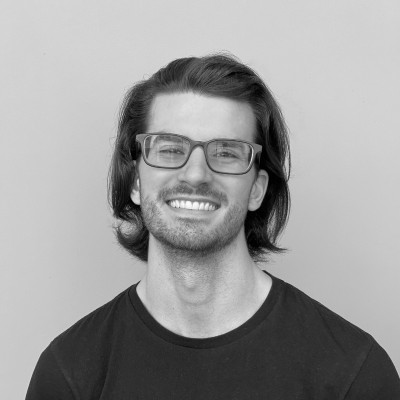 Summer is such a unique time, especially during University. As a student, every other season of the year is scripted; we have to go to school. But not with summer. It can be anything: volunteering at a local non-profit, working at that first internship, or traveling abroad.

It's also risk-free. Do you want to go into the hospitality industry? Fashion? Technology? Try out a different one between academic years. It’s a chance to take a 12-week long test drive. Don’t like a particular industry? Great — that was only 3 months. Next summer, go ahead and try another. What do you have to lose?

The 3 summers during University are the lowest risk blocks of time in our adult lives.

There is such a minimal penalty for failure during this time period. Once we graduate, we don’t have the chance to test drive careers, passions, or hunches for 12 weeks a pop. So make the most of your summers. Dare to do something unconventional (like work on a ranch), go on that life-changing trip (vagabonding through Asia seems fun), pursue that long-shot passion (becoming a famous YouTube dancer and appear on Ellen).

High achieving friend: “Yes, yes but  I need to get a job after University. How can I use my summer to do that!”

Me: “Well, after freshman or sophomore year definitely dare to do something crazy. But if you want a summer that will challenge your worldview, teach you to be a lifelong learner, and get you that job — then I have the perfect thing for you.”

Preparing for the ‘Real World’

The typical summer path during University revolves around volunteering, having an internship, or doing research. We all need to earn a living after graduation, so naturally we want to end up at the best companies. As a result, we apply to the same internships as everyone else, because we think that’s what we are supposed to do.

While this path is certainly a tried and true way to land a reliable job, it is not the only option. In fact, I would argue that it isn’t even the best way. And there are certainly better ways to live a more fulfilling life.

The summer after my 3rd year in University, I had the opportunity to have an internship at a top consulting firm AND adventure in Cape Town, South Africa with iXperience - exploring a magnificent country while also learning to code. I was abroad for 4 weeks, then an intern for 8 weeks.

I didn’t know it then, but my adventure in Cape Town proved far more valuable professionally than the conventional path. I won’t talk about the amazing adventures or the inspired learning — other people have those covered. Instead, I’ll share with you the reactions my interviewers had to my two summers.

Interviewer: “It says here you were in South Africa this past summer! What was that?”

Me: “Yes! I was there for a study abroad trip which combined a 4-week web development bootcamp with community immersion and weekend adventures…”

It was always the same. Interviewers were drawn to the Cape Town trip, because it was different. It stood out.

Think about it. These people interview a dozen students who all have traditional internships in their industry. But now some kid comes in after having went to Africa?! To code?! That is different. People remember different. And you want to be remembered after an interview.

The conversation would continue from there.

Interviewer: “Tell me about a time you had to work in a fast-paced environment.”

Me: “Well, during my 4 weeks in Cape Town, I was able to learn enough about API integrations, databases and 4 coding languages to build multiple web apps, including one to address crime reporting inefficiencies.”

Interviewer: “Tell me about a time you adapted to an unfamiliar environment.”

I could go on, but I think you get the idea.

My experience with iX was exceptional on a personal level, but it was just as (if not more) beneficial on a professional level.

Not only did this trip speak to many, many questions that interviewers asked, it was also something interviewers genuinely loved to listen to. iX far outshone the consulting internship I had that summer. Sure, interviewers asked about the internship, but it seemed to be more of a formality by comparison.

So that brings us back to the beginning: what is the value of a summer?

Well to be honest, it’s anything you choose it to be. But I can’t tell you what to choose.

All I can do is show you this picture of us going shark cage diving during iX.