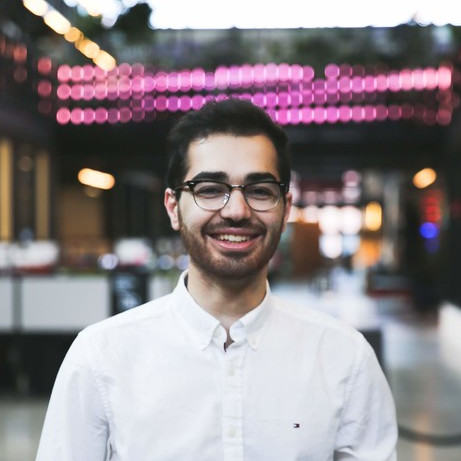 I knew that I signed up for an iOS development course with iX but I was not exactly sure what I was going to learn, what type of people I was going to meet, and what would come out of what I expect to be crazy once-in-a lifetime experience.

However, now halfway through the iOS course; and ever since the first day of this journey, it’s been… In a word we like to use a lot at iXperience, epic. I was able to learn so much about developing applications using Apple’s coding language swift and even learn an awesome skill - how to develop iPhone applications!

Yes, actual apps. Specifically, this app we learned how to create, lets you register and login a user; and then use that to play tic-tac-toe against other users across the internet.

Even more interesting than that, last week we had iXtravaganza – an event that showcases the different facets of this program. iXtravaganza allowed me to explore different courses that I would have never thought of taking before because I consider myself to be more interested in the technology-driven side of the world rather than say, finance. But I found myself going to the finance presentations and was amazed by the materials that the students in this class were learning.

The image of consulting and finance that I had in my mind turned out to be way different than reality, or at least to what was being taught in these classes. I just picture them to crunch numbers in a cubicle all day. Through iXtravagnza, I realized that there was a side of me who was interested in how the modern financial system works – which was opened up in the iX Finance’s presentation. In a way, I realized that every business; whether tech related or not, intertwines with the financial world.

That definitely made me changed my mind about taking a finance class one day… So now who knows, I might even come back to iX and look into another world; one that deals with investments and market quotes.

What I was also able to get from iXtravaganza was a deeper appreciation for people who work in the business-side of the professional industry. The thought that goes behind solving problems in finance can also be applied to the world of iOS.

Taking the Classroom to the Real World