On Self-learning Algorithms and Diving with Sharks 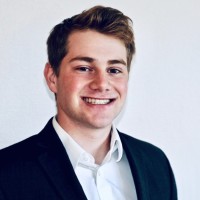 When I first came to Cape Town, I expected to delve deep into AI and machine learning while also experiencing a new culture in an exotic place. Where else can you jump into designing self-learning algorithms and shark infested waters in the same weekend? Yet for as high as the bar was set, my experiences so far have blown that out of the water.

I applied to iXperience as a last minute snap decision, but it has been one of the best decisions I have made yet. Learning how to use various coding libraries I didn’t even know existed is barely even scratching the surface of the value of iXperience. What I’ve gained is a newfound belief in myself, and desire to push myself to new places I didn’t think possible.

My first day in Cape Town was hectic to say the least, but I quickly realized every facet of iXperience is intended to push me to be the best version of myself possible. When I first arrived at Workshop 17, I mistakenly thought I had walked into Google or startup heaven instead of my classroom for the next four weeks. Having never really touched AI before, I was inspired by all of the crazy applications of machine learning “in the wild,” as Henry, my TA, commonly puts it. Google’s AlphaGo wiped the floor with the best players in the board game “Go,” using moves people haven’t thought to use despite three thousand plus years of collective training and experience. While at school I would consider it a success just to show up for class, here I suddenly felt engaged in a way I haven’t in a long time. I found myself actively participating and asking questions – something a class size of 13 people makes a whole lot easier.

The magic of iXperience is the efficiency with which I’ve learned to use my time. After three days, I realized I had done something memorable every single day. Two weeks later that sentiment still holds true, even with managing the demands of a super rigorous course. I’ve sunrise hiked Lion’s Head, arguably the most challenging hike (or should I say climb) of my life culminating with the most incredible view of the entire city. I devoured a fourteen course traditional African meal. I’ve experienced Cape Town’s incredible night life, hopping around various venues on Long and Kloof street.

But none of that tops surfing.

Let me preface this by saying I had never surfed before, so I was certainly a little apprehensive, and didn’t have the highest expectations for the day. Hearing the lead instructor say that Muizenberg was a top ten location to learn definitely raised my spirits, and I did manage to find success. (Well I managed to stand up on the board for like 5 seconds … It’s a start okay). But it’s what was said next that frightened me at the time, yet turned out to be my favorite experience here yet.

“After your lesson you will be assigned into teams to teach surfing to a disabled person for an Adaptive Surfing event in a few months.” I had never once surfed in my entire life, yet now I was expected to instruct someone else. I was terrified. And then I met Dan. Dan was our trainee for the day, although I quickly learned he was quite experienced, despite not being able to use his legs. Helping him get out into the ocean and watching him ride the waves (better than I had hours earlier, I might add), and seeing the joy in his eyes was legendary. “Thank you guys so much for this, I’m going to remember this for the rest of my life.” Yeah, me too Dan. Me too.

Two weeks in iXperience has already given me a whole summer’s worth of memories. I just can’t wait to see what’s next.