Gratitude and Introspection: My Time in Cape Town with iXperience 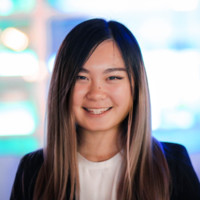 One of the things I love most about going to a new location is arriving completely lost and slowly uncovering the magic of the place, so that, by the time I say goodbye, I leave the area behind populated with little pockets of memories that make the once-foreign place now unique to me. I remember first landing in Cape Town, clueless about what the city had in store and what to expect from the place – it was quite late at night and all I could see during the drive down to my accommodation was darkness, occasionally punctured by city lights or the faint shadow of Table Mountain and Lion’s Head against the moonlight. However, as much as I can recall of my first night in Cape Town, my first time seeing the city in daylight will forever be etched into my mind. A combination of jetlag and a near all-nighter binging TV shows made it so that I did not wake up until around five in the afternoon, which just happened to be near-sunset time. I will never forget that moment when I first caught sight of the beach, washed pink from the sunset and just faintly visible through a haze that had settled in the area and made everything seem like a dream. Cape Town is in such a unique geographic position, surrounded by mountains on one side and the sea on the other, that every moment spent here is an experience in and of itself, whether it be witnessing fog engulf Lion’s Head on a cloudy day, listening to the steady rhythm of the ocean as the waves crash against the rocks, or watching the city light up the mountain at night like twinkling fireflies.

Nevertheless, despite all the beauty and grandeur of Cape Town’s surroundings, it’s the little things that make this city personal to me. It’s in the collision of food cultures, providing me with my amazing Nando’s mozambican-portuguese chicken as I make my way through web dev homework; it’s in the fact that the buildings are painted with bright colors and that the palm trees look like giant pineapples; it’s in the friendliness of the locals and the way that they say “cheers” as goodbye. It is things like these that give the city its flavor and make Cape Town the wonderful place that it is.

However, it is also the little things I have witnessed here that have caused me to reexamine my immense privilege. During my time here, I have caught but a glimpse into the huge dichotomy of lifestyles that exist in this city, but it is a humbling reminder of how fortunate I am to be able to live the life that I do. One image that will always stand out to me is the stark contrast that I observed while on Long Street between visitors to the area and the resident beggars. It was painful to witness the fact that on the same street as us – well-off college students from the United States looking to have some fun – were others who were unsure when they would get their next meal and who were so desperate for money that they were willing not only to beg, but to let go of their pride and follow us and grovel for a couple rand. It was an incredible culture shock and made me realize just how much of a bubble I was living in, not only back in the States but here as well. I was only exposed to the very gentrified parts of Cape Town but, underneath its gleaming exterior, the racial and wealth divide in the city are still very real. As clichéd as it sounds, I have learned just as much from being out and about in the city as I have in the iXperience classrooms – there are things in life that being in a classroom cannot teach and, as much as I was aware of the inequality in  the world coming into Cape Town, no words can describe what it felt like to actually witness this firsthand and be unable to stop it nor ease the lives of those suffering. How can one look into the eyes of a mother taking care of her sick child on the street and not be moved to do something to fix the problem?

I will not be the idealistic tourist and claim that I will leave this place with a completely new perspective, believing that I can change the entire world. But I truly do mean it when I say that being here has changed me as a person and that it has lit a fire inside of me to use the privilege that I have been blessed with to try and make the world a better place, even if just for one person.